Disclaimer: Despite the title, this post doesn’t get too deep. It uses sarcasm and general observations to make a point. Hence, I won’t argue if someone shows up and says this is a pretty bad argument–of course, only when he comes up with a better one.  😛

I often see this “hugot” expression:

“Are you numb or just dumb? ‘Cause you don’t feel that I f*ckin’ like you!”

And it’s often written and taken as a joke. It’s one of those “been there, done that”, “can relate to that” common train of thought, further spread like wildfire by the handy sharing tools we use today, i.e., social media. But it’s actually a bit problematic and worrisome. END_OF_DOCUMENT_TOKEN_TO_BE_REPLACED

Random post. You know those note stuff at Facebook? I got tagged in one of those, but I don’t want to do them on Facebook anymore, until I change my mind (which is unlikely to happen).

In other words, I’m just dumping mine here, in case somebody else want to do this. You know, for fun. Certainly, the answers by the one who tagged me (my role-playing okaa-san and friend IRL) were kind of appropriate.

Let’s see how mine rolls out after the jump.

END_OF_DOCUMENT_TOKEN_TO_BE_REPLACED

Last Sunday, I watched the first half of Channel 9’s Rockumentary episode, which featured Filipino rock bands which emerged as champions in the previous Muziklaban competitions, which were held annually (I don’t know why they haven’t done it for two years now). The three bands interviewed for that portion were Manila Under Fire, A Music Theory, and Mayonnaise. Out of the three, however, I am only familiar with Mayo’s music.

I really liked the episode. Since I myself ‘tried’ to enter the music scene, I could relate to some of the hardships bands commonly face–financial crises, insufficient skills, poor overall band music dynamics, etc.  It’s not easy to form a band. But after forming one, that’s when things are definitely gonna get more difficult. There’s also this band chemistry, which I think is true, as Armi Millare of Up Dharma Down (my top favorite OPM band at the moment) states in her tweet.

something about the chemistry of a band. sometimes its so tight that all the members make mistakes at exactly the same time.

END_OF_DOCUMENT_TOKEN_TO_BE_REPLACED

This little story happened last October 28th at the waiting area just outside Kalimudan Student Center (the sort of canteen in our university). It was just past 5:00PM when I walked on the path beside the said area. Suddenly, a beautiful melody played through the air. It came from the instrument I’ve long adored. The violin.

I turned to my left, and saw a female student, about the same age as me, sitting by the table alone. She was there, tapping her left foot to set the pace of the melody she played with her hands. Her graceful movements and poise was almost a rare sight in our institution. The sounds that reverberated tugged my heart and told me to stop.

END_OF_DOCUMENT_TOKEN_TO_BE_REPLACED 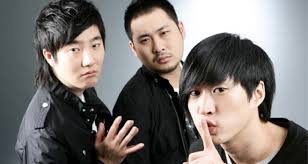 October 21, 2014 –this day, according to the top worldwide trend, marked the 11th year of epic music by EPIK HIGH. While I’m not really a fan of the group, I consider myself attached to their name and music, of course. There was a time when I was really addicted to their music, which was everything I listen to everyday–and nothing else. END_OF_DOCUMENT_TOKEN_TO_BE_REPLACED